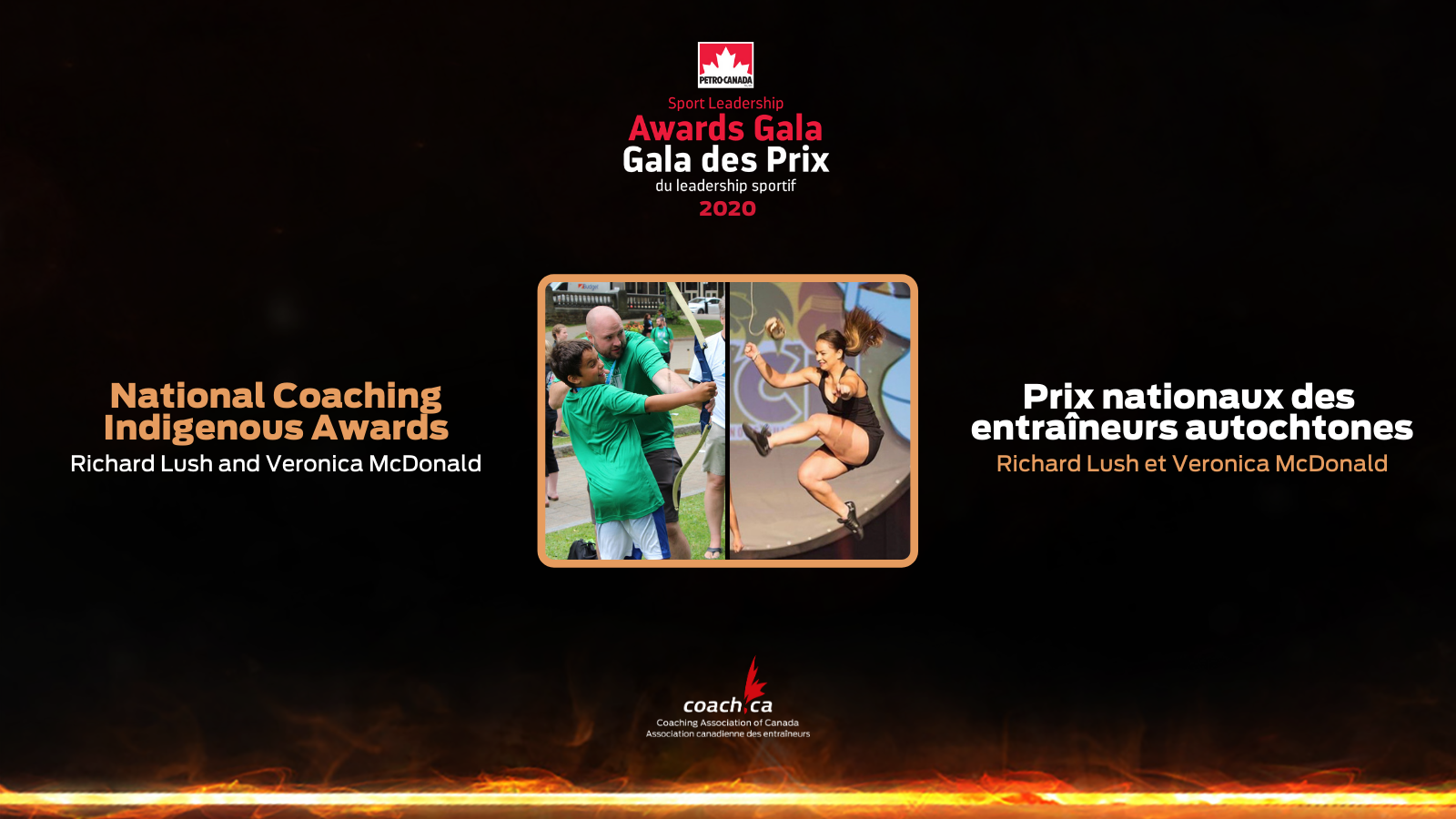 The Aboriginal Sport Circle is committed to supporting sport that fosters the development of the whole individual. The National Indigenous Coaching Awards are an embodiment of this philosphy. In addition to their coaching achievements, recipients of this Award will have demonstrated a personal
commitment to the principles of sportsmanship and fair play while acting as positive role models. Recipients also exemplify a commitment to a holistic lifestyle – one which embraces personal physical, mental, cultural and spiritual capacities.

The Aboriginal Sport Circle (ASC) was honoured to present the 2020 National Indigenous Coaching Awards at the 2020 Petro-Canada Sport Leadership Awards Gala. The ASC recognizes a male and female Indigenous coach (First Nations, Inuit, Métis) who demonstrate a personal commitment to fair play and to being a role model. The ASC is committed to developing sport that fosters the development of the whole individual; recipients demonstrate a commitment to developing their physical, mental, cultural, and spiritual capacities.

Veronica McDonald is Dene and a decorated athlete and mainstay of the coaching community. She has acted with dedication and passion in her role as a Traditional Games Instructor with the Aboriginal Sports Circle of the NWT since that program began, training each instructor who has gone through the program. She also steps up regularly to officiate the Traditional Games Championships.

Showing true commitment and initiative, Veronica founded Yellowknife Arctic Sports Club in 2019. As a testament to her effectiveness as a coach, everyone who trained with her group that year who tried out for the 2020 Arctic Winter Games made the team.

For over 14 years, Richard has coached football in PEI while building up his team and community through mentorship and role modeling.

A proud Mi'kmaq man from Lennox Island First Nation, Richard has been the recipient of lifetime achievement awards for his selfless dedication and passion. Richard is a Learning Facilitator for the "Aboriginal Coaching Module" (ACM) and has been educated and trained in how to help others reach their full potential.

Richard was the creator and coach of the Flag Football team in Abegweit First Nation.
Now owner, general manager and player of senior men's provincial tackle football team, he has taught through action how to derive a life full of happiness, love, and lifetime friendships through sport.