The CGC, the CAC, and PTCRs strongly believe that the apprenticeship program is an essential part of the development of a coach. Furthermore, apprenticeship programs can be used as a means to build capacity in underrepresented populations in coaching, such as women and Indigenous coaches.

The purpose of the Canada Games Apprenticeship Program is to provide women coaches with a practical and integrated major national multi-sport games experience. Selected coaches have direct involvement in preparation and competition and receive support from an identified mentor coach throughout the duration of the program.

For more information on the Canada Games Apprenticeship Program, contact your P/TCR. 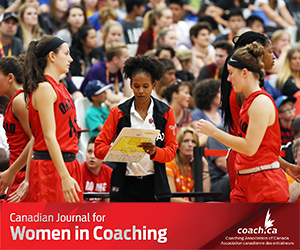