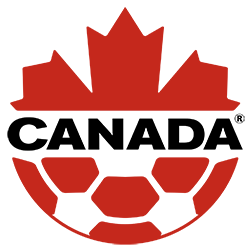 Canada Soccer is the official governing body for soccer in Canada.

In partnership with its members, Canada Soccer promotes the growth and development of soccer in Canada, from grassroots to high performance, and on a national scale.

Soccer is the largest participatory sport in Canada and is considered the fastest growing sport in the country.

There are nearly 1,000,000 registered Canada Soccer active participants in Canada within 1,200 clubs that operate in 13 provincial/territorial member associations.