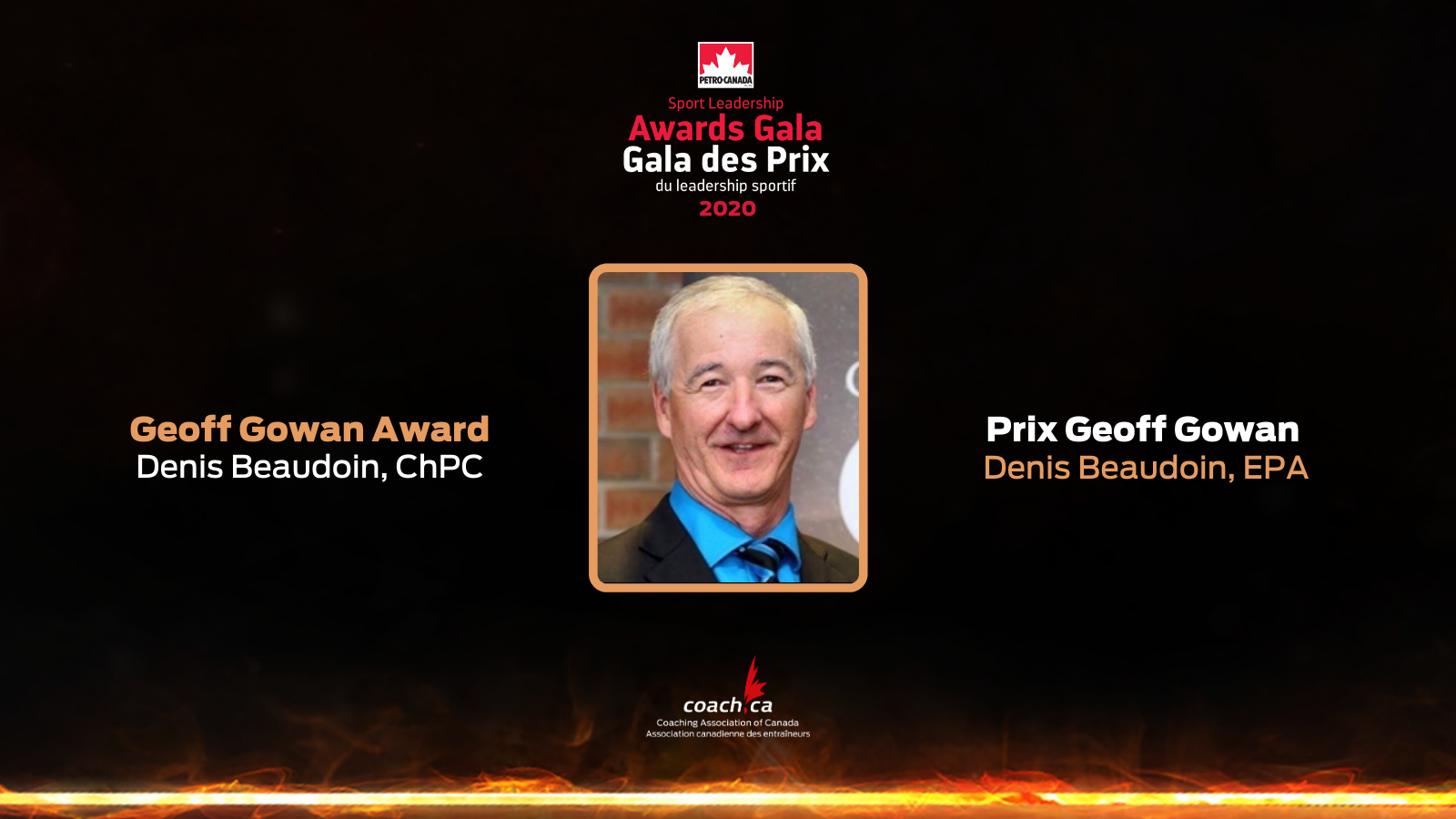 The Geoff Gowan "Lifetime Achievement" Award recognizes a lifetime commitment to coaching and coaching development and is presented to an individual who has fostered a positive public image of coaching, enhanced the role of the coach within the Canadian public, and who is a role model for future generations of coaches.

In a remarkable coaching career spanning more than 40 years, Sensei Denis Beaudoin has demonstrated a lifetime dedication to sport, coaching, and coach development. Since opening the Beaudoin Karaté Gatineau dojo in 1978, Denis has been a role model and inspiration for Gatineau youth, leading many athletes to success on the provincial, national, and international levels. Over his tenure, Denis has trained and mentored more than 30 NCCP coaches at his dojo, and in 1994 he founded the Karate Sport-Study Program at the École Polyvalente Nicolas-Gatineau to grow the community of karate instructors and athletes in Gatineau.

Denis’ dedication and success stems from his philosophy that karate is not just a sport, it is a school of life for each athlete as an individual human being.