Working with LGBTQ+ Athletes and Coaches

Although there has been progress in making sport more welcoming to those who identify as lesbian, gay, bisexual, trans (transgender), two-spirited, queer or questioning (LGBTQ), much more work needs to be done. Coaches play a critical role in creating a sport environment that is safe and respectful for all, regardless of ethnicity, religion, sexual orientation or gender identity. Leading the Way: Working with LGBT Athletes and Coaches is aimed at coaches to help them to ensure a sport environment that is welcoming for all.

This top 10 is based on the experiences of Canadian athletes and coaches. The resource aims to make sport a more welcoming place for those who identify as lesbian, gay, bisexual, trans, and two-spirited.

10. Understand your own beliefs and feelings about LGBTphobia, and recognize and act upon the important leadership role you play as a coach.

8. Act quickly to address LGBTphobic language, jokes, and actions that ridicule or put down LGBT people, or any group.

7. Be aware that other countries have strict laws about being LGBT. Take the time to know whether a country or city is safe for all team members.

6. Assume there are LGBT members involved with your team – either directly as athletes, coaches or training staff, or indirectly as family members or friends.

4. Become more familiar with LGBT issues in sport. Know what resources are available to assist those who are LGBT and may be struggling.

3. Make it clear that the LGBT athlete’s sexual orientation or gender identity will not alter how you treat them.

2. Make your support for the individual clear to the team. Foster an environment of openness and respect for all, allowing the team to follow your lead. Be open to speaking with athletes, coaches or other support staff who have questions or concerns, and be careful not to legitimize any homophobic attitudes or beliefs.

1. Allow the LGBT athlete to come to you with problems before making any interventions on their behalf. They may want to deal with it themselves. 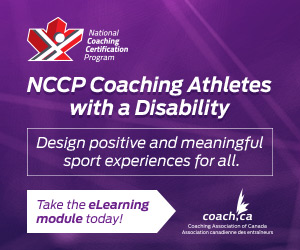