OTTAWA, ON (February 1, 2022) – The Coaching Association of Canada (CAC) is thrilled to support the 85 coaches that are travelling to China to represent Team Canada at the Beijing 2022 Olympic Winter Games from February 4 to February 20.

The CAC’s Chartered Professional Coach® (ChPC) program will be well-represented as 28 of 85 coaches have been granted the ChPC designation, while 46 hold the status of Registered Coach. ChPCs and Registered Coaches represent all sports, and they are recognized as individuals who value coaching excellence and its impact on enhancing the athlete experience.

“The Coaching Association of Canada is proud of our Canadian coaches who have tirelessly supported Canada’s athletes competing at the Beijing 2022 Olympic Games,” said Lorraine Lafrenière, Chief Executive Officer of the CAC. “Their resilience and commitment to excellence through this difficult time has been inspiring and we will do our absolute best to support Team Canada from home throughout the Games.”

Biathlon Head Coach Justin Wadsworth, ChPC, is no stranger to the big stage having competed at the 1994, 1998, and 2002 Winter Olympics as a cross-country skier. He later became the Canadian national cross-country Head Coach for five years before accepting the Head Coach position for the Biathlon national team in 2019. And while he understands the challenges that his team is facing going into these Games, he is solely focused on pushing his athletes to compete and to enjoy the experience.

“It’s always a privilege and a great responsibility to lead a Team to the Olympic Games,” said Wadsworth of Canmore, Alberta. “These Games will present an array of opportunities and obstacles and we will take these willingly and with joy that we are able to compete with the world’s best during a challenging time.”

For Bart Schouten, ChPC, Beijing will mark his seventh consecutive appearance at Winter Olympic Games as an athlete or coach. As a long track speed skating national team coach, Schouten is confident in his coaching staff’s ability to work together and trust each other.

“It is an honour and a pleasure to represent Canada as part of this coaching team,” said Schouten. “While the last two years have presented significant challenges for our speed skating team, I feel that our coaches have been very adaptable, and our skater are well-prepared to skate fast.”

Along with its coaches, Team Canada is sending 215 athletes to compete in 109 events in seven Olympic winter sports. The athlete delegation features 45 Olympic medallists and 117 Olympic rookies.

About the Coaching Association of Canada
The Coaching Association of Canada unites stakeholders and partners in its commitment to raising the skills and stature of coaches, and ultimately expanding their reach and influence. Through its programs, the CAC empowers coaches with knowledge and skills, promotes ethics, fosters positive attitudes, builds competence, and increases the credibility and recognition of coaches.

The designation signals to parents, sport organizations, and to other coaches a commitment to embody and uphold the highest standards of ethical conduct in coaching. 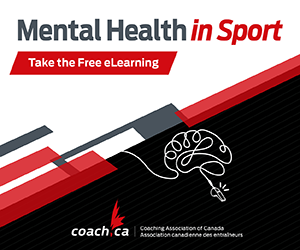 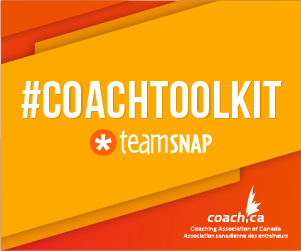 #CoachToolKit: How to Avoid Coach Burnout