In response to the University of Toronto 2013 Gender Equity Report, the Coaching Association of Canada’s Women in Coaching program has targeted the development of female coaches in University sport. Currently, only 17% of head coaches and 24% of assistant coaches are female in University varsity sport.

In 2015, the CAC piloted a University Female Coach Mentorship Program with three Canadian Interuniversity Sport Universities (USport) aimed at increasing the pool of female coaches in the Canadian University system. As a result of the program, within one year, the number of female assistant coaches in the program increased from three to 13. The program has expanded to include additional universities across Canada. The Canadian Journal for Women in Coaching published an issue describing this mentorship program.

The CAC continues to support the increased recruitment and retention of female coaches through financial and human resource support, and building strategic partnerships with Universities with similar objectives. Grants of up to $5,000 are available to USport Universities that provide a matching grant to support the coach from April 1, 2019 to January 31, 2020. 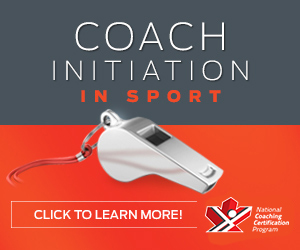